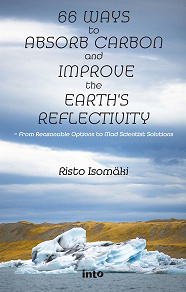 Many of the proposed schemes are almost as dangerous as the warming itself, and might actually lead to the end of the world as we know it. Safer and cheaper methods exist, but they have not received as much attention as the "mad scientist" solutions.

66 Ways to Absorb Carbon and Improve the Earth's Reflectivity is the first book that presents the whole range of existing geoengineering proposals and analyzes the dangers and benefits of each scheme. It also covers a wide range of less known ways to reduce our greenhouse gas emissions.

This volume is an updated and expanded edition of an earlier book called 34 Ways to Prevent the Overheating of the Planet, which was first published in 2007 by SADED (South Asian Dialogues for Ecological Democracy) in Delhi, India, and then published as 64 Ways to Absorb Carbon and Improve the Earths Reflectivity. Most parts of the text are the same or roughly similar, but the list of possible solutions has become more extensive. When people start thinking outside a closed mindset, many new ideas tend to emerge. The author's royalties and a progressively growing percentage of the main publisher's profits from this volume will go to environmental organizations working to prevent a climate catastrophe.